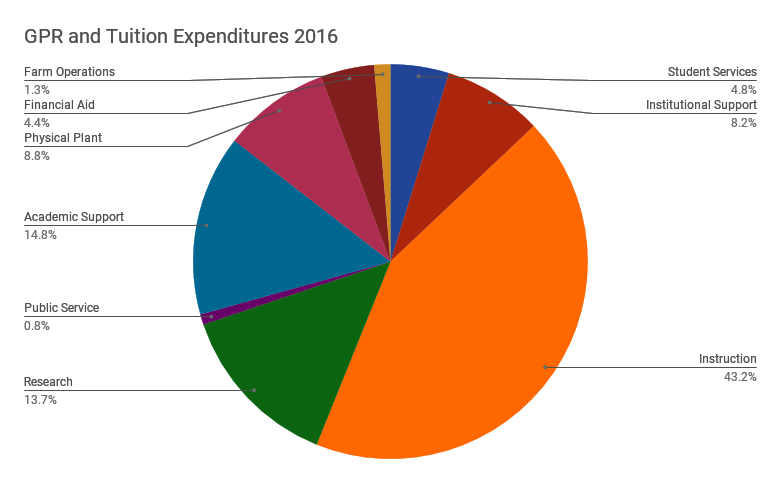 How can I learn more?
The detailed 2016 expenditures show by each division, department, and sub department how money from the 101 fund was spent, indicated by organization description. For example, in division 01, department 10, sub department 10, first organization description we see “University Admin*Chan OFC” indicating the Chancellor’s Office. A number total is then given under each category. In the case of our example, the Chancellor’s Office only uses fund 101 money for institutional support. Grand totals are given on the far right and each division includes a total within it’s own line item as well. The information from each division has be culminated and can be easily assessed in the 2016 Expenditures Program Summary.
What’s next?
The shared governance budget committee is working hard to ensure that individuals have access to more transparent data of how the university operates its budget. For more information, contact your undergraduate or graduate representative on the shared governance budget committee.
Get Involved