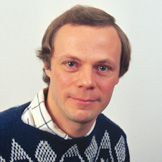 Dr. Wattiaux conducts research within his disciplinary expertise (dairy cattle nutrition and environmental management of dairy systems) as well as in teaching and learning in college classroom (and institutions of higher education). Below are links to his publications: