As of 2017 is has observed that the FIDO SNMP daemon can fail in an odd way.  As described in https://jira.doit.wisc.edu/jira/browse/NS-2643 a varied assortments of devices and snmp tests suddenly returning "not found" may require a manual restart of fido_snmp.  As of 2020/04/03 there is an automatic watchdog to perform this restart if the situation occurs. 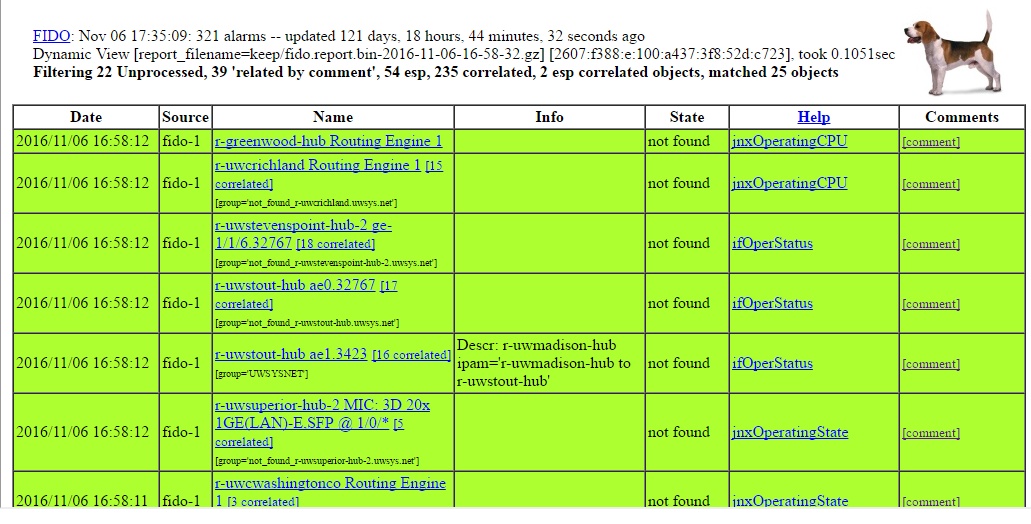