Repair will not simply open up and clean out computers on the spot as this is incredibly time consuming and will rarely prevent any further damage beyond what has already occurred. Customers should either wait for liquid to dry before bringing computer in for service, or bring computer in to have drive pulled so data can be accessed if that is a greater concern than the condition of the computer.

Keep in mind that when there is a liquid spill damage can be extensive and immediate, so these recommendations are just the best possible course of action after a spill. It's highly likely that there are and will be damaged parts, and these steps may end up having no effect at all.

Customers are welcome to bring their computers in to Repair to be looked at, at least 48 hours after liquid spill, but we would highly recommend to them that they are mindful of how they transport their computers so that liquid does not come into contact with even more parts of the computer.

Place computer in one of these positions, depending on whether keyboard or side was spilled on: 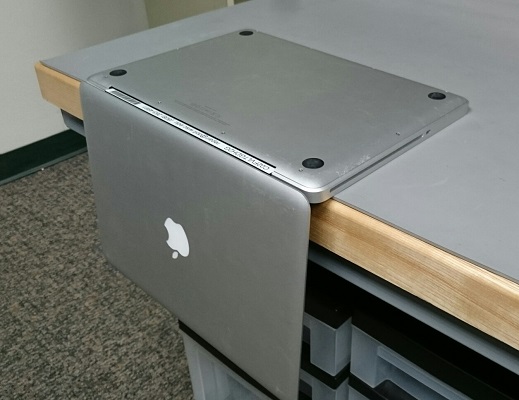 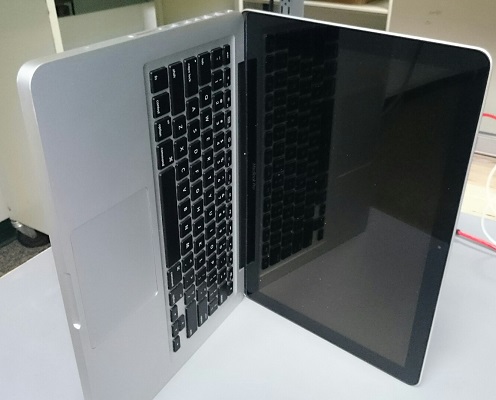