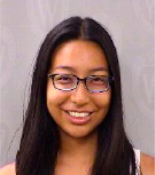 I was most interested with Isidro’s management skills of his land in Agua Blanca. Isidro is the head of the rural community and is a successful entrepreneur. At first glance, he may seem like an old man with only one leg needing a walker on very bumpy, hilly terrain. However, he has managed to shock me as he started answering all the questions that were thrown at him. I learned that he has 35 cows, 40 sheep, some chickens, turkey, trout, crops, and also makes ice cream. The amount of animals he has may actually be lower than what he actually has due to the fact that he didn't want to brag or cause jealously among his neighbors. Like most other farmers we visited, his family helps him with everything.

He doesn't milk his 35 cows but keeps them as a source of income and investment. They are like a bank account where if a person gets sick or if they need money, they sell the cow. To keep the cows healthy, fat, and desirable in the market, they give them 80 pounds of supplement everyday. His cows calve every 2 years. Isidro also sells the excess manure making extra money.

His daughter in law showed us Isidro’s trout farm, which was divided into about 5 sections. Each section was organized by size of the fish. His family actually dug up every pod. Once in place, trout farming is very low maintenance. The trout farmers need to be registered by the government so he is registered as well. Many of his trout eggs are imported from the US or Canada. His trout farm is inspected every month by the government.

For his crops, Isidro does a rotational plot system where he has been changing the crops he is producing every year to see which is the best crop for his environment. It is a trial and error system.

Isidro was the only one in his community to make and sell ice cream even though everyone else also learned how to do the same from the government. His sons have to drive 4 to 6 hours every day to sell about 500 kilos of ice cream. This is a lot of time and commitment.

My amazement is how he is able to manage everything and where he learned to finances. He has a combination of different businesses so that if he needs to invest money in one project, he can take some money from another.