Any Office 365 Group/Team that has not had activity in it in the last 365 days will go into a 30 day expiration process. Group/Team owner(s) will be notified by email or Teams (when no mailbox is associated with the Team) that the group will expire in 30 days. When a group expires, all of its associated services/data (the mailbox - emails/calendar, Planner, SharePoint site, team - chats/channels, etc.) are also deleted.

Group owners will be notified by email. If the Team was created via Teams client and was not connected to an existing group, the Teams owner(s) will receive a notification to renew through the activity section in the Teams client. The prompt will allow any owner to renew the Team (should appear within 24 hours). Otherwise the Team will be deleted 30 days after the notification appears.

Important: When this process is activated, any group that is older than 365 days will be set to 35 days until expiration unless the group is automatically renewed or the owner renews it. Any group created after October 3rd 2021 will follow the 365 day expiration cycle noted in scenario 2 below. If the Group/Team has not been renewed (see "When will the expiration cycle be renewed" section), the process will be:

In summary, for Groups/Teams created prior to Oct. 3, 2021, owners will have 66 days to renew/restore a Group/Team. 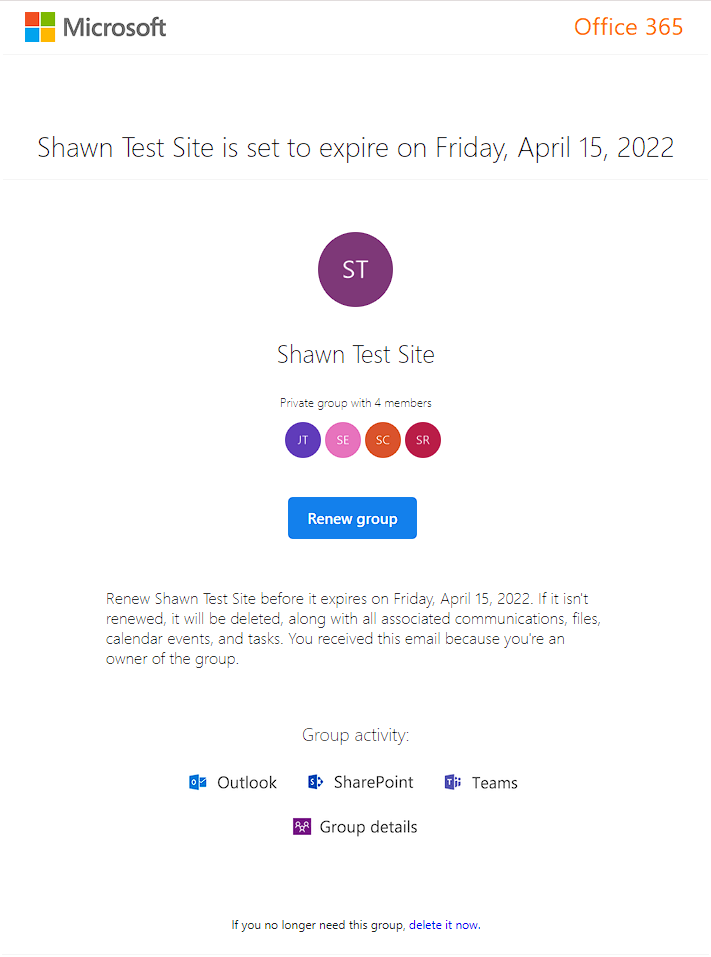 After clicking on Renew Group link within the email, users will be taken to the group renewal page and given an option to confirm: 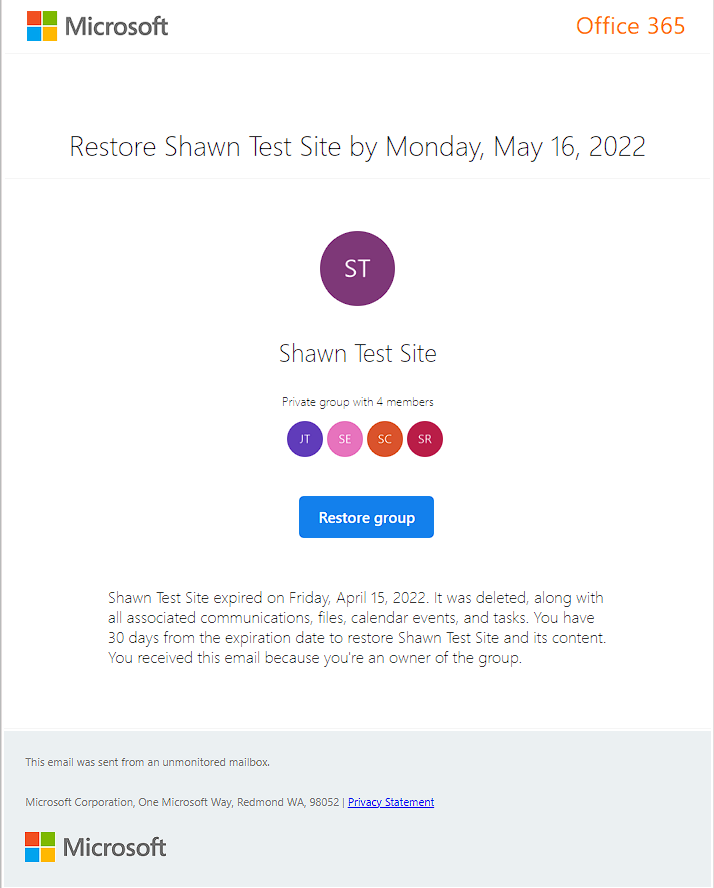