Steps in the Approval Workflow
Types of Workflow Roles
Notification of Programs Using a Course with an Active Change Proposal
Email Notifications
Who to Contact with Questions
Steps in the Approval Workflow
In the diagram below, steps that are required of all proposals are in red boxes.
Additional steps are included if the proposal is cross-listed (green) or has certain course attributes (purple).
The proposal does not move to the next step of the workflow until the previous step is completed.
An email is sent to every person listed in the approver role for each step. 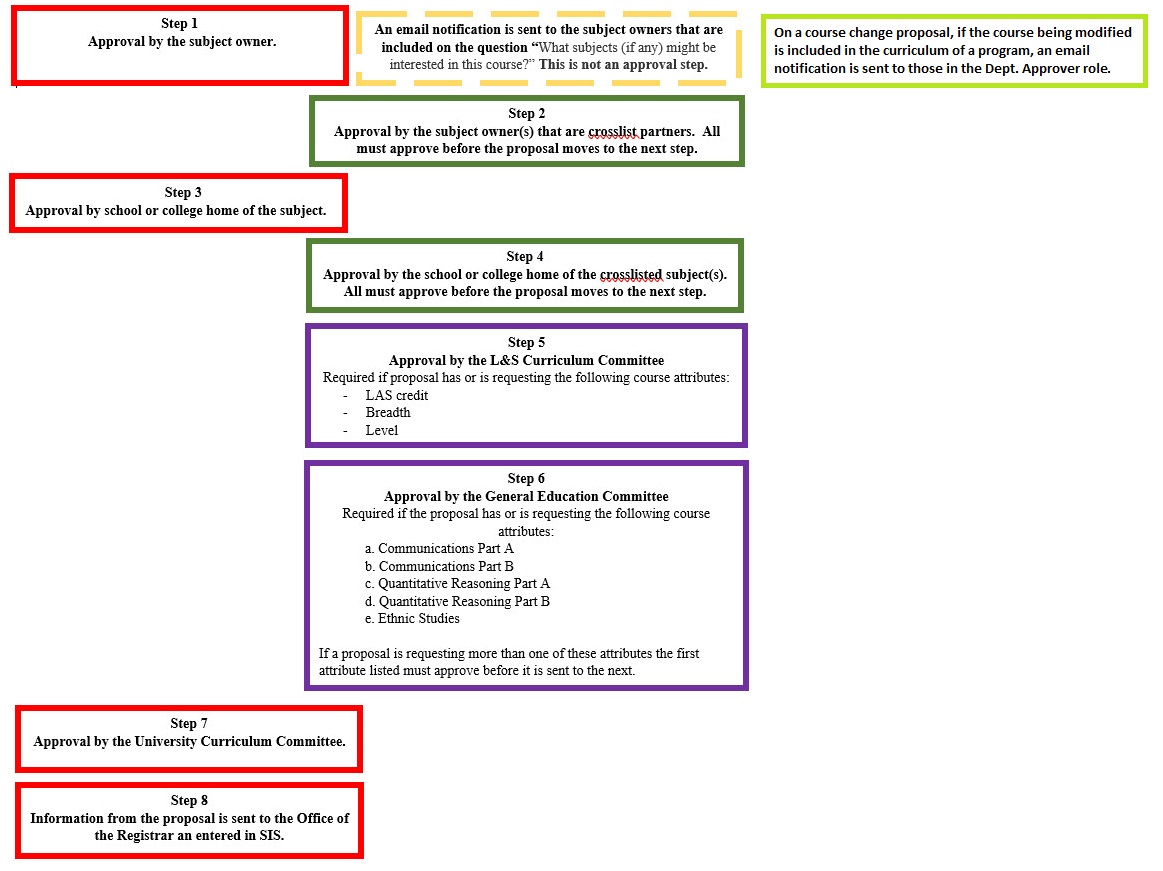 - If an individual is listed as an approver for more than one subject and more than one of these subjects is cross-listed on the proposal, when they approve the proposal is approved for all subjects they are associated with.
- The approver role for subjects that are listed in the response to the question "What subjects (if any) might be interested in this course?" will be sent an email when the proposal is submitted to workflow. This is a notification only; not an approval step. However if an interested subject owner has a question or concern about the proposal they may enter a comment and it is expected that their issues will be addressed before the proposal moves on to the next approval step.
- A proposer has six (6) months to complete the proposal form and submit it to workflow. A proposal must be fully approved within one year (12 months) of being submitted to workflow. See the course proposal expiration policy.
- Proposals that are reviewed and not approved at any step may be rolled back to a previous step for revision.
For any course proposal that has been submitted to workflow by the proposer, the progress of the proposal through workflow steps can be tracked using the workflow list on the right side of the proposal. Clicking on the workflow step opens an email message populated with the email addresses of those who are in the approver role.

Who to Contact with Questions
Each school, college or division has a point person who can respond to questions about specific proposals and can provide information about the review and approval process in their units.